News for friends of MTSO
February 2019
About Us

A conference for faith leaders 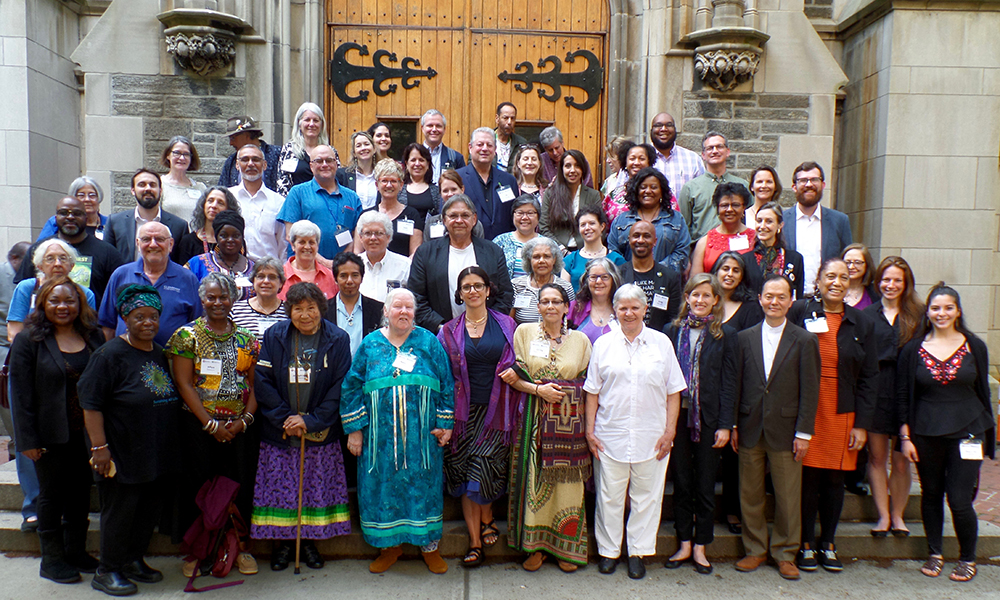 As climate change becomes more pronounced, communities around the world will have to become more self-sufficient and sustainable. Faith communities have a unique opportunity to guide others by providing space, pastoral care, education and leadership.

MTSO, the Center for Earth Ethics and The Climate Reality Project will host a conference for faith leaders, “On Food and Faith: Ministry in the Time of Climate Change,” May 30 through June 1 on the MTSO campus.

Conference leaders include Center for Earth Ethics Director Karenna Gore and former Vice President Al Gore, founder and chairman of The Climate Reality Project, who will deliver a climate and agriculture presentation.

Faith leaders who wish to be considered for participation may learn more and apply at www.mtso.edu/foodandfaith. The application deadline is March 29. Application decisions will be communicated in April and May. The Center for Earth Ethics will collect a $35 registration fee from accepted applicants.

Litchfield’s book explores the power of place in ministry 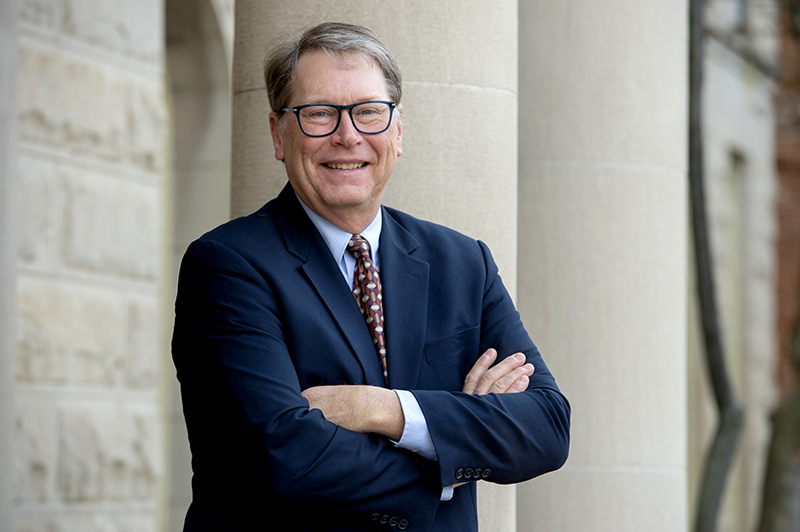 Professor Randy Litchfield is taking a fresh look at the question of vocation in his new book, Roots and Routes: Calling, Ministry, and the Power of Place, which will be released March 5 by Abingdon Press. He knows from experience the power of the settings in which we live and work. 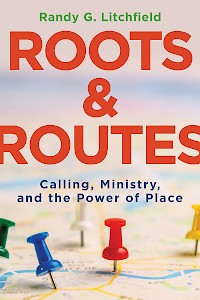 Litchfield, MTSO’s Browning Professor of Christian Education, was a General Motors engineer when he began taking part-time seminary classes. Over the course of his academic studies, he learned about enculturation, ethnography and issues of diversity.

“Eventually,” he said, “the concept of place overtook context as a way for me to understand local relationships and situations, because place encompasses human and non-human dimensions of the world.”

In earning his master’s degree at Indiana’s Anderson University School of Theology and his Ph.D. at the School of Theology at Claremont in California, Litchfield immersed himself in a series of places. He also had affiliations within a number of denominations – Church of God (Anderson, Indiana), United Church of Christ and United Methodist – deepening his contextual experience. Now, having served as both professor and academic dean at MTSO, he brings his wisdom and research to bear in Roots and Routes.

The book is a resource for those preparing for or already engaged in leadership related to faith communities. It brings together education, leadership and practical theology. Litchfield envisions its use in general education courses addressing vocation, in graduate theological courses, and in communities of faith, where it can guide clergy, professional and lay leadership.

“Too often, vocational imagination fails because we look for abstract answers for all time, rather than an embedded call for a particular time and place,” he said. “You see, vocation is not a thing we have but a living partnership with God’s work in the world. We encounter God in the places we dwell and move between. Partnerships with God, our vocations, are birthed and embodied in the womb of place. I hope this book aids persons in their spiritual dwelling and journeying.”

A FIRST FOR OHIO 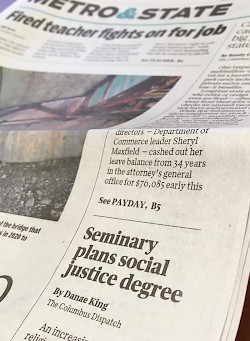 The Columbus Dispatch featured MTSO‘s new Master of Arts in Social Justice degree in a story on the front of the Metro & State section in its Feb. 18 issue. The story noted that MTSO is the first seminary in the state to offer a graduate social justice program.

Christian Scharen, VP of applied research and leader of the Center for the Study of Theological Education at Auburn Seminary in New York, praised MTSO’s commitment to social justice, telling the Dispatch that MTSO is one of the “best positioned” seminaries in the country to offer the MASJ.

The story also quotes Dean Valerie Bridgeman, Associate Academic Dean Yvonne Zimmerman and student Hank Osmundson, who plans to graduate in 2021 with both Master of Divinity and MASJ degrees. 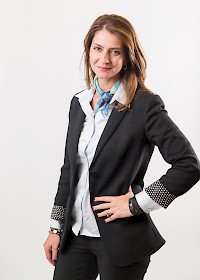 MTSO Associate Professor of Pastoral Care and Counseling Francesca Nuzzolese will reflect on her clinical and educational work with victims of trauma in a faculty lecture at 7 p.m. March 26. She will deliver “Redefining the Trauma Zone: A Psycho-Spiritual Assessment of the State of the World” in the Alford Centrum. The lecture, presented by the Theological Commons at MTSO, is free and open to the public.

Nuzzolese’s talk will redefine the clinical concept of a trauma zone, drawing on her experiences in domestic and international settings, including her most recent work with trauma victims in Nepal.

“Trauma zone” refers to the emotional space (a moment, a memory or a sensation) that reactivates the traumatic experience. Individuals who have experienced trauma can be triggered into the trauma zone suddenly and unexpectedly and find themselves reacting to life as if they were experiencing the traumatic event again and again. When trapped in the trauma zone, healing and post-traumatic growth are hardly possible.

Drawing from clinical insights, pastoral experience and theological reflection, Nuzzolese redefines the trauma zone as the new relational space that communities and entire countries inhabit in this particular historical moment, due to socio-political, economic and ecological trauma affecting our collective humanity.

An MTSO faculty member since 2017, Nuzzolese holds a Doctor of Theology degree from Columbia Theological Seminary in Decatur, Georgia; a Master of Theology from Melbourne College of Divinity in Australia; and a Bachelor of Divinity degree from Baptist International Seminary in Ruschlikon, Switzerland. She is the author of the book Just Care: Pastoral Counseling with Socioeconomically Vulnerable Women, and she wrote and produced LIFELINE, a play about human trafficking and the long road to healing. 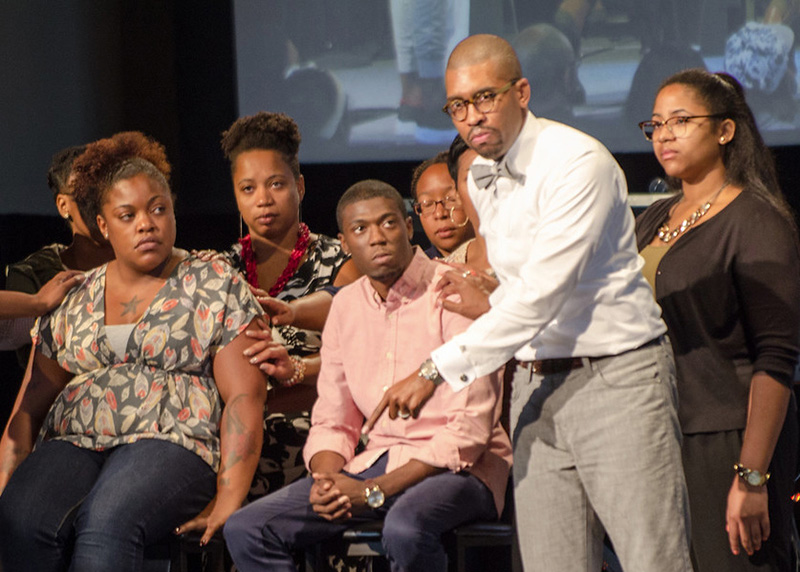 MTSO will host Fearless Dialogues at 7 p.m. March 18 in the Alford Centrum. It is free and open to the public. No registration is required.

Gregory C. Ellison II, associate professor of pastoral care and counseling at Emory University’s Candler School of Theology, was moved to initiate a conversation at Emory in the wake of the July 2013 verdict that found George Zimmerman not guilty of second-degree murder charges in the lethal shooting of Trayvon Martin. The conversations bring together individuals from many walks of life in a creative way to honor the difficult.

An Atlanta native, Ellison earned his undergraduate degree from Emory, and holds Master of Divinity and Ph.D. degrees in pastoral theology from Princeton Theological Seminary. He is the author of Fearless Dialogues: A New Movement for Justice and Cut Dead But Still Alive: Caring for African American Young Men.

More information is available at www.fearlessdialogues.com.

‘From My Lai to Ferguson’: Tran will deliver Williams Institute lectures 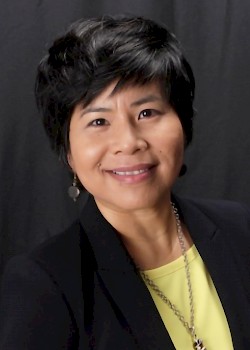 Both lectures and the chapel service are in the Alford Centrum. They are free and open to the public. No registration is required.

Tran’s research focuses on religion, education and violence. Her writings delve into the local and global intersections of race, gender, and class in religious identity and practices. Reset the Heart: Unlearning Violence, Relearning Hope, her latest book, was published by Abingdon Press in May 2017.

An ordained elder in the United Methodist Church, Tran holds a Ph.D. from Garrett-Evangelical, a Master of Religious Education degree from Southern Methodist University and a Bachelor of Science from Texas Wesleyan University.

MTSO’s Williams Institute was begun in 1981 to honor the late Dr. Ronald L. Williams, professor of theology from 1971 until his death in 1981. The institute has featured speakers from many backgrounds, including theologians, ethicists, poets, biblical scholars, historians, pastoral psychologists and Christian educators.