News for friends of MTSO
February 2020
About Us 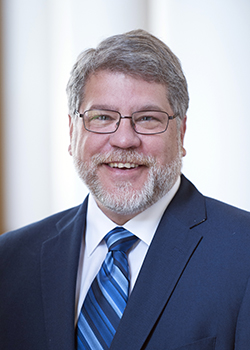 The two-day event will be held from 9:30 a.m. to 3 p.m. March 3 and 9:30 a.m. to 2 p.m. March 4. Thanks to the generosity of the Schooler Family Foundation, the Schooler Institute is offered to the public without cost, as is lunch both days. Advance registration is required and available at www.mtso.edu/schooler. One continuing education unit is available for a $25 processing fee.

All participants are encouraged to bring bibles. Lectures will refer to the New Revised Standard Version.

Allen, the Lois Craddock Perkins Professor of Homiletics at Southern Methodist University’s Perkins School of Theology, has chosen the theme “Preaching Mark as a Parable” for the Schooler Institute.

He argues that the author of the Second Gospel wrote the entire narrative as a parable to challenge and change the way the original audience thought about Christ, the reign of God and their roles as disciples. The first day of Schooler will focus on this reading and techniques for preaching individual Markan passages in light of the parabolic nature of the whole document. On the second day, Allen will present strategies for preaching through Mark cumulatively, especially for (but not limited to) those following the Revised Common Lectionary.

The Synoptic Gospels are among Allen’s areas of specialization. He wrote his 1996 dissertation on Luke-Acts; authored an exegetical textbook titled Reading the Synoptic Gospels: Basic Methods for Interpreting Matthew, Mark, and Luke in 2000 and revised it in 2013; and contributed the volume Matthew to the Fortress Biblical Preaching Commentaries series in 2013. He is currently working on a critical preaching commentary on the Gospel of Mark.

Allen holds a Ph.D. from Emory Graduate School of Arts and Sciences, a Master of Divinity degree from Yale Divinity School and a bachelor’s degree from Birmingham-Southern College. An ordained United Methodist elder, he is past president of the Academy of Homiletics.

MTSO and Earlham School of Religion are pleased to announce a new partnership providing ESR Master of Divinity students the opportunity to complete Unitarian Universalist coursework at MTSO.

This unique program provides ESR’s UU students the benefit of coursework in UU history, polity and worship offered by MTSO’s Unitarian Universalist House of Studies, which is the only entity specializing in educating UU students who are attending non-UU schools.

Established in 2016, the UU House of Studies serves MTSO’s degree-seeking students and provides hybrid and intensive classes for UU students attending other seminaries. It offers all of the UU-specific coursework required for ministerial fellowship in formats that are academically rigorous, logistically accessible and personally hospitable.

“This is a great opportunity for ESR students,” said ESR Dean Matt Hisrich. “We could not be more pleased to enter into partnership with MTSO and their Unitarian Universalist House of Studies. Both institutions will benefit as ESR students have access – and bring their unique experiences – to MTSO’s courses.”

Added Susan Ritchie, director of the UU House of Studies at MTSO, “We’re excited to work with ESR in providing its Unitarian Universalist students with the most robust possible connection to UU institutions, culture, intellectual heritage and collegial networks in the context of interfaith education. We want our ministers educated in religiously diverse communities for what is bound to be a religiously diverse future, but with no sacrifice to the depth with which they experience, embody and proclaim UU identity.”

Reading Noah’s Ark in the Age of Climate Change 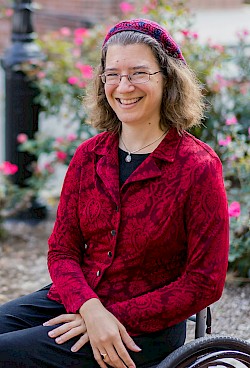 The Theological Commons at MTSO welcomes Georgetown University Associate Professor of Jewish Studies Julia Watts Belser for a public lecture, “Reading Noah's Ark in the Age of Climate Change: Jewish Stories on Gender, Disability, and the Politics of Survival.” The lecture begins at 7 p.m. Feb. 25 in the Alford Centrum. It is free and open to the public. No registration is required.

Belser’s talk grapples with disability and climate change, reading Jewish traditions about Noah and the biblical flood into conversation with queer feminist ethics, disability studies and environmental justice work. Through the ambivalent portrait of the man and his ark, as well as tales of individuals who survive the flood and those who are left behind, Jewish tradition reckons with questions of human hubris and the politics of survival.

In addition to her teaching position, Belser is a senior research fellow at Georgetown’s Berkley Center for Religion, Peace, and World Affairs. She is the author of two scholarly books, Rabbinic Tales of Destruction: Gender, Sex, and Disability in the Ruins of Jerusalem and Power, Ethics, and Ecology in Jewish Late Antiquity: Rabbinic Responses to Drought and Disaster.

Belser earned her Ph.D. from the University of California-Berkeley, a master’s degree from the Academy for Jewish Religion and a bachelor’s degree from Cornell University. She has held faculty fellowships at Harvard Divinity School and the Katz Center for Advanced Jewish Studies at the University of Pennsylvania. As a rabbi and a longtime advocate for disability and gender justice, she is passionate about bringing feminist, queer and disability culture into conversation with Jewish tradition.

A sought-after preacher who earned her Master of Divinity degree from MTSO in 1987, Imathiu has pastored congregations from Green Bay, Wisconsin, to Nairobi, Kenya. Long an ally and activist for the LGBTQI community, she uses sermons as tools of justice at the intersection of religion, race, sexuality and gender.

Among her many professional roles, Imathiu has served as a church planter in Kenya, a superintendent minister overseeing 68 rural churches in Nkubu, and an urban minister to an ecumenical congregation in Nairobi with strong outreach to the neighboring slums of Kawangware.

She has preached in Germany, Ireland, New Zealand, Togo, Liberia, Denmark, Australia, Malaysia, Brazil and throughout the United States. A founding member of Kenya Methodist University, she is the author of the books Matthew’s Message: Good News for the New Millennium and Words of Fire, Spirit of Grace.

“Rev. Imathiu is a preacher and activist of impact whose work spans the globe,” said MTSO President Jay Rundell. “We’re excited to welcome her back to MTSO to share her considerable wisdom and inspiration with the class of 2020.”

Isaac Villegas will discuss standing in solidarity with immigrants

Isaac Villegas, pastor of Chapel Hill Mennonite Fellowship in North Carolina, will present a free public lecture, “Providing Sanctuary as Witness: Standing in Solidarity with Immigrants,” at 7 p.m. March 24. The lecture, presented by the Theological Commons at MTSO, will take place in the Alford Centrum. Advance registration is not required.

Villegas will tell the story of his church and other activist communities as they engage in tactics of collective solidarity and resistance against mass deportations.

In addition to his leadership of Chapel Hill Mennonite Fellowship, Villegas is president-elect of the North Carolina Council of Churches and has served on the denominational board of Mennonite Church USA. His writing has appeared in publications including Ruminate, Scalawag, The Christian Century, Commonweal, Sojourners, Faith and Leadership, The Conrad Grebel Review, Mennonite World Review, and The Mennonite.

Villegas holds a Master of Divinity degree from Duke Divinity School and a bachelor’s degree from Westmont College.