News for friends of MTSO
May 2018
About Us 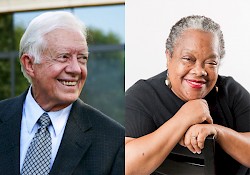 When former President Jimmy Carter presides over the Human Rights Defenders Forum this summer, MTSO Interim Academic Dean Valerie Bridgeman will be at the table.

Bridgeman has accepted the Carter Center’s invitation to participate in the forum, titled “Restoring Faith in Freedom,” which takes place July 21-24 in Atlanta. She was selected to join fellow human rights activists from more than 30 countries – women peacemakers working to prevent and recover from violent conflict, representatives of international NGOs that support human rights activists, religious leaders resisting repressive policies, influential analysts and authors, and selected government and U.N. policymakers and representatives.

Bridgeman is widely recognized for her work around social justice, from writing to preaching to on-site activism. She was appointed associate professor of homiletics and Hebrew Bible at MTSO in 2015 and has served as interim academic dean since July 2017.

“The expertise and character we experience in Dr. Bridgeman here at MTSO has also been experienced in significant places elsewhere,” said MTSO President Jay Rundell. “The invitation to add her voice to the Carter Center’s forum is further evidence of that.”

“If I had a bucket list, this would be on it,” Bridgeman said of the opportunity to participate in the forum. “I have deep respect for President Carter’s work, particularly for his global work toward women’s rights. I view this as a great opportunity to learn from some of the greatest souls on the planet.” 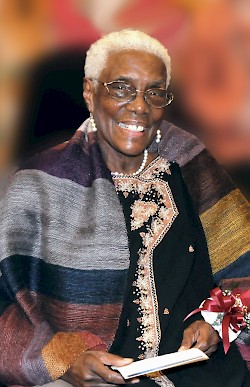 Friends, former students and former colleagues of MTSO Professor Emerita of Church Administration Ethel Johnson are invited to gather for a luncheon in her honor at 11:30 a.m. June 30 in Dunn Dining Hall.

The luncheon will officially kick off a fundraising drive for the Ethel Johnson Scholarship, to be awarded annually to a United Methodist student who aspires to serve in parish ministry, is in good academic standing, and shows exceptional promise in the work of social justice and issues affecting the African diaspora.

MTSO offers this special meal at no cost to registered guests. Those who wish to attend are asked to RSVP online or by calling Leigh Precise at 740-362-3121 by June 8.

Ethel Johnson’s contributions to Christian education literally span the globe. Beyond the MTSO campus, where she served for 16 years, she has had a lasting impact in the United States and abroad. She is a founder of Black Methodists for Church Renewal, which represents 2,400 United Methodist congregations and approximately 500,000 African-American members throughout the U.S. In West African nations, many consider her the mother of the United Methodist Church. At Africa University, she mentored many students and ensured their financial needs were met.

"Our school owes a great deal to Professor Johnson and her lifetime of work," said MTSO President Jay Rundell. "We're honored to have her blessing as we work to ensure that future generations of aspiring religious leaders benefit from a scholarship bearing her name."

Those who wish to invest in the Ethel Johnson Scholarship Fund may give at the June 30 dinner or donate online any time. 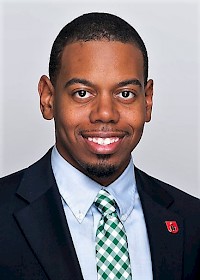 MTSO will welcome Kyle Eugene Brooks to teach homiletics through a two-year Louisville Institute postdoctoral fellowship beginning in the fall of 2018. The Louisville Institute, a Lilly Endowment-funded program supporting those who lead and study North American religious institutions, chose Brooks for the award. The institute will provide compensation, insurance, and housing and moving benefits.

Brooks is completing his Ph.D. at Vanderbilt University, with a concentration in homiletics and liturgics, along with a minor concentration in practical theology. He holds a Master of Divinity degree from Yale Divinity School and a Master of Arts in Urban Education Studies from Yale University, where he also earned a Bachelor of Arts degree, majoring in molecular, cellular and developmental biology.

In 2012, Brooks won Yale Divinity’s Jess H. and Hugo A. Norenberg Prize, awarded for excellence in preaching and leading corporate worship. At Vanderbilt, he taught the course Black Religious Leaders from the Civil Rights Era to the Present in January of this year, and Preaching and Public Proclamation during the spring semester.

Louisville Institute Executive Director Edwin Aponte approached MTSO Interim Academic Dean Valerie Bridgeman at the 2017 meetings of the American Academy of Religion and Society of Biblical Literature about the possibility of MTSO hosting a postdoctoral fellow. The two worked together to make it happen.

“We’re fortunate that Dr. Bridgeman’s work in theological education and the relationships she nurtures have positioned us to bring such a promising scholar to our campus,” said MTSO President Jay Rundell. “We’re happy to work with the Louisville Institute and excited to have Kyle Brooks on our faculty.”

Bridgeman, who also serves as associate professor of homiletics and Hebrew Bible at MTSO, called Brooks “a wonderful person.” She first met him at a gathering in 2012. “He’s a great scholar, he’s a great thinker, and he’s an amazing poet.”

“I certainly don’t think I would be here without the intentional insight of Dr. Bridgeman,” Brooks said during a visit to campus in April. “She made it clear to me some time ago that ‘we would love to see you here.’ I’m excited to have the privilege of stepping into roles here that she has filled.”

Said Bridgeman, “I’m looking forward to being part of his institutional development into the guild. We have two years of him shaping us and us shaping him.” 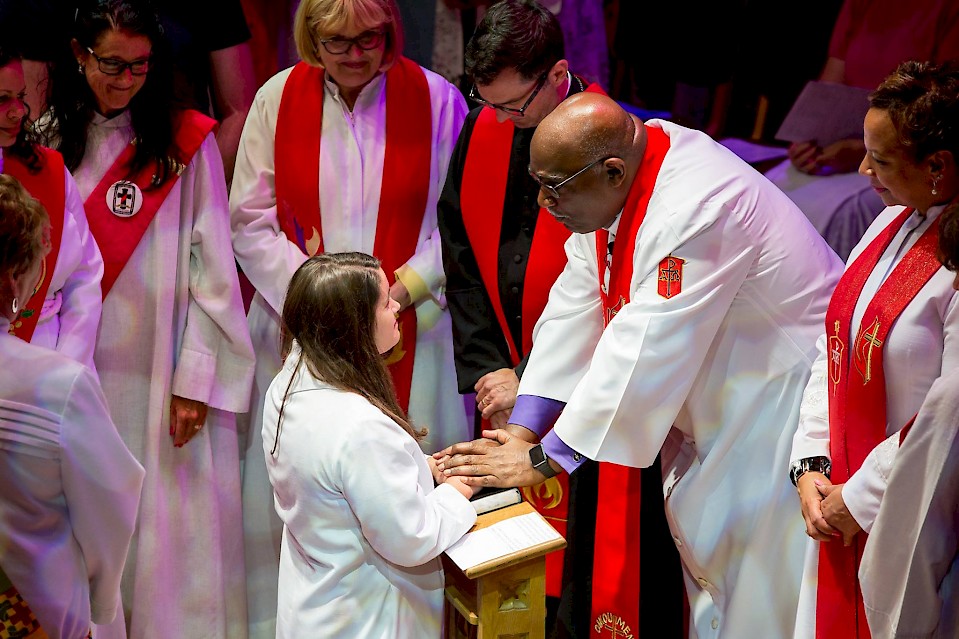 We're embarking on a season of important new steps in the ministry journeys of many students and alumni. We want to be sure that good news of ordination, commissioning and other significant status changes is shared with the MTSO community.

We invite those who are being ordained or commissioned - or are celebrating other significant denominational milestones - to let us know by completing the brief form here. We will share the list in the next issue of Campus View. Thanks, and congratulations to all who are advancing in ministry.

Photo by Derkworks Photography, courtesy of the West Ohio Conference of the United Methodist Church.

June brings a number of opportunities for alumni and friends to connect with MTSO at annual denominational gatherings. MTSO is hosting lunches or dinners at the East Ohio, Indiana, Michigan, West Ohio, West Virginia and Western Pennsylvania annual conferences of the United Methodist Church. Visit our conference gatherings page for details on all of those events.

In addition, MTSO's admissions team will have booths at 10 UM annual conferences in addition to the Unitarian Universalist Association General Assembly in Kansas City and the Young Preachers Festival in Leawood, Kansas. You'll find the dates and locations for those events here.