News for friends of MTSO
October 2017
About Us 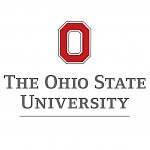 MTSO has been awarded a $35,000 grant by The Ohio State University’s Initiative for Food and AgriCultural Transformation (InFACT), a Discovery Themes program. Learn more at discovery.osu.edu/infact. The grant will help fund the development and testing of a food hub model in Franklinton, a low-income Columbus community.

To increase Franklinton residents’ access to affordable, local food, this project, titled “Multiple Partners, One Cause: Shortening the Food Supply Chain,” will use an online food ordering interface with local delivery. This innovative approach to food distribution is a departure from the traditional brick-and-mortar model of food hubs. Contrary to some assumptions about people in low-income communities, a high percentage of Franklinton residents maintain regular access to the Internet.

The project will include the development of a model business plan for future hub businesses and a conference to be hosted by MTSO and Seminary Hill Farm. As the project progresses, MTSO and OSU anticipate co-writing proposals for additional grants.

October 31 marks the 500th anniversary of Martin Luther’s nailing of the 95 Theses to the door of the Castle Church in Wittenberg. MTSO will celebrate the Reformation with a chapel service at 1 p.m. Tuesday, Oct. 31, and a presentation on Luther’s legacy and the family of Martin Luther King Jr. at 7 p.m. Wednesday, Nov. 1. Both events take place in the Alford Centrum. They are free and open to the public.

Jeffrey Jaynes, professor in MTSO’s Warner Chair of Church History, will share the Nov. 1 presentation, “‘Was Not Martin Luther an Extremist?’ The Reformation Legacy and the Family of Martin Luther King Jr.” Jaynes will draw on King’s “Letter from Birmingham Jail,” in which King wrote, “Was not Martin Luther an extremist: ‘Here I stand; I cannot do otherwise, so help me God.’”

Tejai Beulah, MTSO’s coordinator of partnerships and the Black Church and African Diaspora Studies specialization, will respond to Jaynes’ presentation.

The Williams Institute at MTSO welcomes Union Theological Seminary faculty member John Thatamanil for two lectures Nov. 7 and 8. His first lecture, at 7 p.m. Nov. 7, is titled “Circling the Elephant: Christian Approaches to Religious Diversity.” The second lecture, at 10 a.m. Nov. 8, is “The Quest for Interreligious Wisdom.” Both lectures are in the Alford Centrum. They are free and open to the public. No registration is required.

In addition, Thatamanil also will preach at MTSO’s chapel service at 1 p.m. Nov. 7 on the topic “No One Comes to the Father but By Me?”

Thatamanil is associate professor of theology and world religions at Union, where he teaches in the areas of comparative theology, theologies of religious diversity, Hindu-Christian dialogue, the theology of Paul Tillich, theory of religion and process theology. A central question that drives his work is, “How can Christian communities come to see religious diversity as a promise rather than as a problem?”

MTSO’s Williams Institute was begun in 1981 to honor the late Dr. Ronald L. Williams, professor of theology from 1971 until his death in 1981. The institute has featured speakers from many backgrounds, including theologians, ethicists, poets, biblical scholars, historians, pastoral psychologists and Christian educators.

Faculty, administrators and graduate students from schools in 17 states, Canada and Israel gathered on the MTSO campus Oct. 17 and 18 for the Midwest Symposium on Ecologically Informed Theological Education: Implications for Teaching, Learning and Seminary Life. Representing 15 faith traditions, the 70 participants explored how theological education can address today’s ecological reality.

The symposium was organized by MTSO, the Interfaith Center for Sustainable Development, and the Green Seminary Initiative. It was funded through a generous grant from the Luce Fund for Theological Education, with additional support from the Julia Burke Foundation.

The Ohio State University’s Lonnie Thompson, one of the world’s premier climate scientists, delivered the keynote address. Thompson is a distinguished university professor in the School of Earth Sciences and senior research scientist in the Byrd Polar Research Center at Ohio State.

The symposium also included panel conversations on science, interreligious issues and pedagogy, as well as tours of the MTSO campus, including Seminary Hill Farm.

“An increasing number of Americans are turning to their clergy and spiritual leaders for wisdom and guidance regarding ecological sustainability,” said MTSO Associate Professor Timothy Van Meter, an organizer of the symposium. “This event offers resources to explore how theological schools can address these ecological concerns from a theological and educational perspective.”

Wil Gafney, associate professor of Hebrew Bible at Brite Divinity School, will lead the 2018 Schooler Institute on Preaching Feb. 5 and 6. An Episcopal priest and former Army chaplain, Gafney is the author of Womanist Midrash: A Reintroduction to Women of the Torah and of the Throne, and co-editor of The Peoples’ Bible and The Peoples’ Companion to the Bible.

Her sermons have been published in the books Those Preaching Women: A Multicultural Collection and The Audacity of Faith: Christian Leaders Reflect on the Election of Barack Obama.

Schooler Institute registration and a complete schedule will be posted soon.

MTSO has presented Nathan Adams and Barbara Sholis with the John and Ruth Mount Alumni Awards for Distinguished Service, the school’s highest honor for graduates. The awards were presented at a service of thanksgiving Oct. 9 during Alumni Day.

Sholis, who earned a Master of Divinity degree from MTSO in 1995, received the Mount Award for Distinguished Service in Specialized Ministry. She is executive assistant to Bishop Gregory Palmer of the West Ohio Conference of the United Methodist Church.

As a pastor, Sholis has served several congregations, including First United Methodist Church in Newark. More recently, she spent two years as superintendent of West Ohio’s Capitol Area South District. She currently serves as the executive director of the yearly West Ohio Annual Conference Session and as a member of the Committee of Finance and Administration and the Conference Legal Team. She became a trustee of MTSO in 2011.

“In more than two decades in ministry, Barb has led with distinction in congregational settings and, in so many ways, within the broader United Methodist Church,” said MTSO President Jay Rundell. “We at MTSO are honored to call her one of our own.”

Adams, who earned a Master of Divinity degree from MTSO in 2009, received the Mount Award for Distinguished Service in Parish Ministry. He is lead pastor of Park Hill United Methodist Church in Denver, a reconciling congregation that also houses a reformed Jewish synagogue and serves as a sanctuary church.

Prior to his appointment at Park Hill in 2017, Adams served congregations in Columbus and Florida. He has dedicated much of his time to inclusion around race, age and sexuality, and has mentored new pastors. Wesley Theological Seminary’s Lewis Center for Church Leadership has selected Adams as both a Lewis Fellow and a Lewis Community Leader Fellow.

“Nathan has wasted no time in establishing himself as a pastor who leads his congregations in living out the Gospel’s message of love, justice and inclusion,” Rundell said. “We look forward to watching as he builds on the work he already has done.”

The Mount Alumni Awards were created in 1990 to recognize graduates of MTSO who have achieved distinction in ministry and in service to the school. The award program was created by the late John Mount, a founding MTSO Board of Trustees member, and his late wife, Ruth.