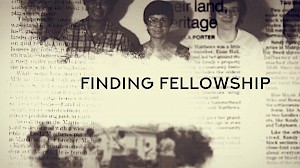 Methodist Theological School in Ohio will host a screening of the film Finding Fellowship and a discussion with the director at 4 p.m. Sunday, June 26. The free event, sponsored by the Theological Commons at MTSO, will be held in the Alford Centrum on the MTSO campus, 3081 Columbus Pike, Delaware, Ohio 43015.

Finding Fellowship aired on PBS in November 2021. It follows three racially segregated churches – one Black, two white – in Quince Orchard, Maryland, that had each fallen on hard financial times. In 1968, as members of the three churches debated the consequences of merging, it was announced that Martin Luther King Jr. had just been murdered. Despite King's assassination, the three churches voted to merge their congregations into one.

Following the screening, MTSO Assistant Professor of History, Ethics, and Black Church and African Diaspora Studies Tejai Beulah Howard will moderate a discussion with Finding Fellowship director Jason Green and his father, Rev. Gerard Green, superintendent of the Greater Washington District of the Baltimore-Washington Conference of the United Methodist Church.

Green is the co-founder, senior vice president and general counsel of SkillSmart, a construction compliance, reporting and tracking technology company. Before founding SkillSmart, he served as associate counsel to President Barack Obama. He is a graduate of Washington University in St. Louis and earned a law degree from Yale Law School.

Methodist Theological School in Ohio provides theological education and leadership in pursuit of a just, sustainable and generative world. In addition to the Master of Divinity degree, the school offers master’s degrees in practical theology, social justice and theological studies, along with a Doctor of Ministry degree.