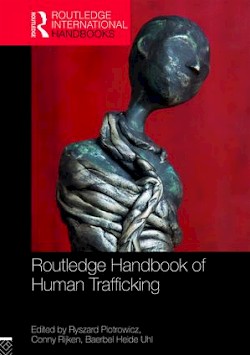 The chapter, “Disrupting Religious Privilege: Code of Conduct for Religious Institutions, Faith Communities and Faith-based Organizations for Their Work with Survivors of Forced Labour, Human Trafficking and Modern Slavery,” addresses an area of particular expertise for Zimmerman, author of the 2012 book Other Dreams of Freedom: Religion, Sex and Human Trafficking.

“While religion and religious motivations empower many anti-trafficking activists and advocates, the effect of others’ religious convictions on, and for, formerly trafficked persons is more ambivalent: sometimes empowering, sometimes alienating,” Zimmerman writes in the chapter. “This chapter addresses how to prevent the religious motivations and convictions that many anti-trafficking activists, advocates and service providers hold as so essential to their work with trafficked and formerly trafficked persons from becoming sources of alienation and disempowerment.”

The chapter includes a Code of Conduct for Religious Institutions, Faith Communities, and Faith-Based Organizations for Their Work with Survivors of Forced Labour, Human Trafficking and Modern Slavery. The code of conduct was written by Zimmerman and Claude d’Estrée, director of the Human Trafficking Center at the University of Denver.

The first of the code’s five parts states, “Religious education and activities shall not be a compulsory aspect of the services provided to survivors of forced labour and human trafficking.”

Zimmerman writes that “careful attention, in the context of helping relationships, to the relations of power inherent to religion, and that religion occasions, is morally imperative.”

Methodist Theological School in Ohio provides theological education and leadership in pursuit of a just and sustainable world. In addition to the Master of Divinity degree, the school offers master’s degrees in counseling, theological studies and practical theology, along with a Doctor of Ministry degree.