News for friends of MTSO
December 2015
About Us

In the darkness, light 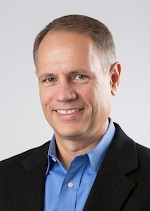 As the days grow short and darkness pervades, our seminary campus is rather quiet and empty now. The semester is over and exams are complete. Yet we are far from idle. When our students leave here, they go to where they’ve prepared to be.

They are preaching and teaching, serving and counseling. They are singing and praying and, most important, acting. When they leave here, they go into a world very much in need of them.

In a world plagued by indifference, they go to live lives of purpose.

In a world afraid of the other, the stranger or refugee, they go to offer welcome.

In a world that is warming, even in the midst of winter, they go to teach stewardship.

In a world gripped with fear and fascinated with guns, they go to counsel respect and nonviolence.

In a world weary of war and yet susceptible to battle cries, they go to preach peace.

In a world characterized by despair, they go to preach hope.

I am grateful for all of these servants and for all of you who make their way possible. With the Gospel of John, I am confident to profess again this year, “The light shines in the darkness and the darkness has not overcome it.”

MTSO Professor John Kampen is a loyal alumnus of Hebrew Union College-Jewish Institute of Religion, where he earned his doctorate and teaches a course on the Dead Sea Scrolls. Hebrew Union, which has campuses in Cincinnati, Jerusalem, Los Angeles and New York City, is the largest Jewish seminary in North America.

Kampen’s affinity for both MTSO and HUC-JIR led him to propose a program that benefits each of them.

“I was aware of both the emerging needs of our school to broaden its pool of people available for part-time instruction and the peculiar problems that face a graduate school like Hebrew Union,” said Kampen, who holds the Dunn Chair in Biblical Interpretation at MTSO. Hebrew Union has doctoral students who hope to teach in higher education, some in seminaries.

Kampen spearheaded the formation of a joint Instructional Preparation Program to bring well-qualified HUC-JIC doctoral students to MTSO as teachers in their fields of expertise, with mentoring by MTSO faculty. Richard Sarason, director of HUC-JIR’s Pines School of Graduate Studies, said his school sees unique value in the MTSO partnership.

“Hebrew Union is an outstanding academic institution,” said MTSO President Jay Rundell. “We’re happy to engage in a partnership that enhances the education we can provide our students and provides Hebrew Union’s doctoral students with a unique opportunity.”

The program is wrapping up its first semester, during which Hebrew Union Ph.D. student Michael Lyons has taught two MTSO courses: Intro to Hebrew Bible and Basic Texts in the Moses Tradition.

“I’ve had a few students go out of their way to volunteer how well they liked his course,” Kampen said. “That doesn’t happen that often.”

“It’s fun to see students who think about what we just talked about and bring follow-up questions,” he said. “They want to know, ‘How’s this work with this text over here?’ or, ‘How does this work with the New Testament?’

“What I would love to do is teach pastors and help pastors understand the beauty of the Old Testament for the church today,” Lyons said. “We live in a time in which the Old Testament is kind of looked at as an archaic document that has nothing to do with our world today, and I would beg to differ.”

Kampen sees value in bringing a teacher from a Jewish seminary to a Christian seminary: “It’s important for both seminaries with regard to the interchange of ideas and religious traditions. It’s also important in terms of forming educational alliances with different faith traditions.”

Hebrew Union’s Sarason said this cooperation between schools of Jewish and Christian traditions is “a huge value, first of all because both our rabbinical program and our grad program promote interfaith understanding. We have a required course in the rabbinical program on Christian scriptures.”

Kampen will soon begin considering HUC-JIR candidates for Fall Semester teaching at MTSO. As liaison, he’ll conduct interviews and recommend a candidate to Dean Lisa Withrow. Meanwhile, Lyons departs with gratitude for his time at MTSO.

“I’ve never had the opportunity to teach in a Christian seminary setting, which is really what I’d like to do long term, so this has been a fantastic opportunity,” he said. “This is a great environment: students who really want to ask hard questions and think seriously about the Bible in new ways.”

Balancing storytelling and exposition of the biblical text

For centuries, preachers were told that exposition of the biblical text was the most important and sacred task of preaching, helping listeners understand the scriptures more fully. In recent decades, the emphasis has shifted more toward storytelling, especially narrative styles of preaching that promise to move listeners, viewing sermons more as events than dull lectures. What’s a preacher to do? How does one decide?

Together we will wrestle with the dilemma: What is the most important word in contemporary preaching, story or exposition?

MTSO’s Schooler Institute on Preaching will be led by Mike Graves, the William K. McElvaney Professor of Preaching and Worship at Saint Paul School of Theology, a United Methodist seminary in Kansas City.

Also contributing to the Schooler Institute will be Valerie Bridgeman, associate professor of homiletics and Hebrew Bible at MTSO.

The institute will be held Monday and Tuesday, Feb. 8 and 9. Thanks to the generosity of the Schooler Family Foundation, it is offered to the public without cost. MTSO is offering one CEU credit for a $25 administrative processing fee. Advance registration is required.

Learn more, view a schedule and register for the Schooler Institute here.

The MTSO Theological Commons, which promotes the sharing of knowledge and experience between students, faculty, clergy and the public, will sponsor a series of events in early 2016. 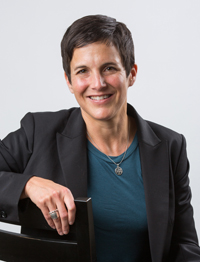 In her lecture, “Missing in Action: The Disappearance of Progressive Christianity in the Movement to End Human Trafficking,” Zimmerman, MTSO associate professor of Christian ethics, will discuss the process by which progressive Christian perspectives are co-opted and effectively silenced in the anti-trafficking movement.

Join us for an afternoon of critical dialogue, scholarship, and networking with advocates, program and faith leaders, students, and community members. We’ll identify practical actions we can take as we work together to dismantle mass incarceration. The day will include a keynote address by James Logan, author of Good Punishment? Christian Moral Practice and U.S. Imprisonment.

On the 48th anniversary of the assassination of Dr. Martin Luther King Jr., engage with scholars of community organizing, preaching and ethics from MTSO and around the country as we work together to understand prophetic action in our own contexts. 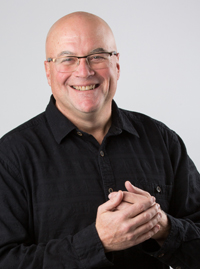 Van Meter, MTSO associate professor of Christian education and youth ministry, delivers an Earth Day lecture, “Millennial Dreaming: Cultivating Hope and Ecological Vision.” He will focus on hope in a time when the earth is in crisis. 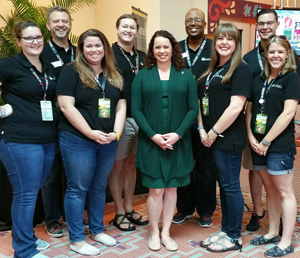 Students, staff and alumni of MTSO played leadership roles at the United Methodist Church’s Exploration event in Orlando Nov. 6-8, representing the school and contributing to the success of the event.

Exploration is a biennial event organized by the General Board of Higher Education and Ministry offering young adults age 18-26 an opportunity to hear, discern and respond to God’s call to ordained ministry. This year, more than 300 young adults were joined by more than 200 workshop leaders, clergy, campus ministers and chaplains, seminary staff, and denominational staff at Disney’s Coronado Springs Resort.

“Our student representatives sat with young adults as they talked through their calls, ministry passions and hopes about going to seminary and transforming the world,” Casperson said. “Our admissions staff engaged in conversations about scholarship opportunities, our innovative degree programs and our school’s commitment to social justice, sustainability and preparation for ministry.”

“We couldn’t have asked for a better team representing MTSO at the event.” 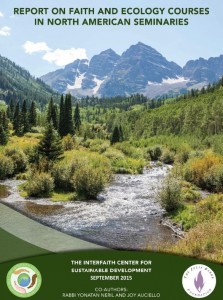 The Interfaith Center for Sustainable Development has identified Methodist Theological School in Ohio as one of 25 exceptional North American seminaries for faith and ecology. ICSD, based in Jerusalem, surveyed 231 seminaries for its recently published Report on Faith and Ecology Courses in North American Seminaries, choosing to highlight 25 “that excel in offering courses on faith and ecology.”

MTSO courses addressing issues of ecotheology and sustainability include Ecological Religious Education; Food, Land and Faith Formation; Dialogues in Faith and Science; Resisting Biocide: Environmental Ethics for Discipleship. In addition, MTSO offers Ecology and Justice specializations within its Master of Divinity and Master of Arts in Practical Theology programs.

ICSD’s executive director, Rabbi Yonatan Neril, informed MTSO Dean Lisa Withrow of the school’s inclusion in the report, adding, “We hope to join with you in the process of reorienting our global community towards the collective protection of God’s great dominion, starting with the future leaders in your classrooms.”

Are you or someone you know considering graduate theological education? MTSO’s Winter Admissions Open House is a perfect opportunity to learn about the possibilities.

The Winter Open House will be held from 9 a.m. to 1 p.m. Tuesday, Jan. 12. Highlights include opportunities to sit in on a class, tour apartments and residence halls, explore MTSO’s many financial aid options, talk with current students, faculty and admissions counselors, and learn about Seminary Hill Farm.

“Our current students tell us how valuable a campus visit was in their discernment process,” said Admissions Director Benjamin Hall. “I don’t know where your path will lead you, but I know you won’t regret the four hours you spend learning more about MTSO and the seminary experience.”

Open House is free to anyone considering graduate-level theological education. Lunch is provided, and overnight housing may be available. To reserve a spot or just learn more, please email admissions@mtso.edu.