News for friends of MTSO
August 2017
About Us

Our times, our nation, our work 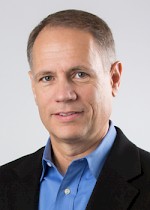 Throughout its history, our seminary has educated, formed and invigorated women and men to lead in church, society and the world. Originating and coming of age during the civil rights era, our school itself was shaped and inspired by vast movements for social justice.

I suspect many of our forebears in this place would be deeply saddened and likely shocked by the state of affairs in our nation in recent days. While they certainly weren’t naïve as to the breadth, depth and perseverance of evil in our midst, they no doubt believed progress would persist.

That white supremacy and fascism are not unequivocally condemned by all those in positions of power and influence is simply unfathomable. Such abdication of responsibility and moral conviction is anathema to human goodness in general and Christian faith in particular.

Please know that your seminary will redouble its efforts to do everything possible to attract and prepare leaders who will engage their churches and communities with the gospel message of love and justice for all. I covet your prayers and support as we continue this holy and indispensable work.

The Defamation Experience comes to MTSO 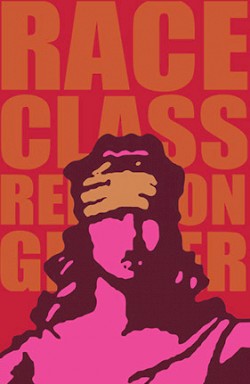 The Theological Commons at MTSO will bring a riveting, nationally acclaimed play to Central Ohio in September. The Defamation Experience explores issues of race, religion, gender, class and the law with a courtroom drama that pulls the audience into the action.

The trial's plaintiff is a professional African-American woman who was invited to the home of a successful Jewish man for a potential business project. After the meeting, he realized that his family heirloom watch was missing. The woman, from the Chicago's South Side, sues the man, who lives on the city's North Shore, for defamation.

Following an 80-minute trial, the judge turns to the audience to decide for either the plaintiff or the defendant. He polls the audience twice, before and after he leads a 15-minute deliberation.

The Defamation Experience begins at 7 p.m. Sept. 21 in the Alford Centrum on the MTSO campus. Registration is required, and seating is limited. Admission is $20 for the general public, $15 for students and free for MTSO students.

Tejai Beulah wants to dispel a potential misperception about the Black Church and African Diaspora Studies specialization that MTSO offers within the Master of Divinity degree.

"It should not just be for students of color," said Beulah, MTSO’s coordinator of partnerships and the Black Church specialization. "One of the reasons a specialization like this is needed is because in the broader narrative, these disciplines were shaped by white male scholars. We have to be mindful of the fact there were other people doing the work, and who continue to do the work.”

Students complete the specialization, one of seven offered within the M.Div. program, by taking 12 credit hours from a list of 14 courses, ranging from “Great Ethicists: Martin Luther King Jr.” to “Gender, Race, and Ecology in the Hebrew Bible.”

"From a church history perspective,” Beulah said, “if we're only hearing from the perspective of a John Wesley, we're missing out on the perspectives of figures such as Richard Allen, Old Elizabeth, and Jarena Lee.”

M.Div. student David Harris, who is earning the Black Church and African Diaspora Studies specialization, appreciates learning how the black church shaped figures well known in broader contexts: “You hear the stories of the Howard Thurmans and Martin Luther Kings in general, but understanding the theological dimensions takes you deeper than what you'd get in a normal history class. You learn about their involvement in the black church and how that shaped their understanding of the world."

Beulah said the study of the African diaspora also offers students a richer perspective as they embark on ministry.

“It is important that students develop an awareness of the many theological and spiritual experiences of black people around the globe,” she said. “There’s more than one way that people connect to God. Ultimately, we want students who are equipped to enter into another person’s experience, and to be able to develop authentic relationships with folks, even if they disagree theologically or politically.”

Beulah said the specialization offers valuable grounding for those who want to live out their commitment to social justice and activism as ministers and scholars.

"For example,” she said, “in the classes I teach, I want students to learn how race and religion has shaped the history of the United States, and take that knowledge to create churches and religious communities that will stand and agitate for justice, equality and inclusiveness.”

Studying the black church and African diaspora “forces you to look at how race and gender and class play a role in shaping whose story gets told,” Beulah said. “There's an African proverb that says, ‘Until the story of the hunt is told by the lion, the tale of the hunt will always glorify the hunter.’”

Women ​from ​diverse racial and ethnic backgrounds are invited to ​work ​together on ​the ​practice ​of ​prophetic ​public ​speaking ​and ​preaching at MTSO Sept. 29 and 30. Chloe's Circle, presented by WomanPreach! Inc. and MTSO's Theological Commons, will explore ​the ​ways ​in ​which ​preachers can ​share ​truth ​in ​the ​face ​of disparity and injustice. The theme is "If You ​Consider ​Me ​a ​Believer: ​A ​Witness ​to ​God's ​Justice ​for ​the ​World."

The program will be led by:

Valerie Bridgeman, associate professor of homiletics and Hebrew Bible at MTSO. In addition to her work at MTSO, Dr. Bridgeman is the founding president and CEO of WomanPreach! Inc. She is in demand as a speaker and preacher throughout the country.

Yvonne Zimmerman, associate professor of Christian ethics at MTSO. Her areas of expertise include feminist theory; gender and sexuality studies; social theory; U.S. human trafficking policy; and liberationist ethics. She is the author of Other Dreams of Freedom: Religion, Sex and Human Trafficking.

Jaha Zainabu, a literary poet, spoken word artist, storyteller, visual artist and motivational speaker from Long Beach, California. She has been featured in venues throughout the country, including the Getty Museum, the World Stage and the Nuyorcian Cafe.

Tuition for Chloe's Circle is $150 for non-students and $100 for students. This covers all sessions, along with Saturday's breakfast and lunch. Learn more and register here.

Admissions hits the road this fall

MTSO's admissions staff will be a paripatetic bunch this fall, participating in a variety of campus and denominational events. If you or someone you know is considering theological education, there are many opportunities to learn about MTSO. A list of planned events is below. The full list with dates, locations and links is on our Admissions on the Road web page.

Alums, what's new with you?

A favorite feature in each issue of The Story Magazine and Annual Report is Alum News, where members of the MTSO extended community can catch up on the activities, adventures and milestones of our alumni. With the next issue due out soon, this is a perfect time to provide your former classmates, professors and friends with an update about your life.

Our Alum News is an ongoing record of the meaningful lives MTSO’s alumni are leading. Thanks for your contribution to it.