News for friends of MTSO
January 2018
About Us

MTSO and Healthy Congregations Inc. entered into a mutually beneficial partnership in late 2017. The organization’s offices and much of its programming now reside on the MTSO campus.

Healthy Congregations is an interfaith organization that equips leaders for challenges of thinking more clearly about families, relationships and faith communities. Its resources and training are based on seeing all communities as living systems that incorporate thinking, feeling, responsibility and purpose.

The Healthy Congregations team develops training, education and consultation in emotional process as it relates to community and congregational systems. It provides:

“The important work of Healthy Congregations as an ecumenical resource for leaders of faith communities aligns closely with ours,” said MTSO President Jay Rundell. “We’re excited to be hosting this group and welcoming participants in their seminars and workshops to our campus.” 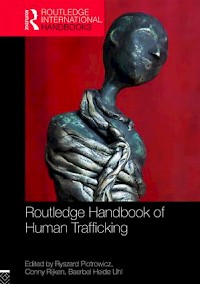 The chapter, “Disrupting Religious Privilege: Code of Conduct for Religious Institutions, Faith Communities and Faith-based Organizations for Their Work with Survivors of Forced Labour, Human Trafficking and Modern Slavery,” addresses an area of particular expertise for Zimmerman, author of the 2012 book Other Dreams of Freedom: Religion, Sex and Human Trafficking.

“While religion and religious motivations empower many anti-trafficking activists and advocates, the effect of others’ religious convictions on, and for, formerly trafficked persons is more ambivalent: sometimes empowering, sometimes alienating,” Zimmerman writes in the chapter. “This chapter addresses how to prevent the religious motivations and convictions that many anti-trafficking activists, advocates and service providers hold as so essential to their work with trafficked and formerly trafficked persons from becoming sources of alienation and disempowerment.”

The chapter includes a Code of Conduct for Religious Institutions, Faith Communities, and Faith-Based Organizations for Their Work with Survivors of Forced Labour, Human Trafficking and Modern Slavery. The code of conduct was written by Zimmerman and Claude d’Estrée, director of the Human Trafficking Center at the University of Denver.

The first of the code’s five parts states, “Religious education and activities shall not be a compulsory aspect of the services provided to survivors of forced labour and human trafficking.”

Zimmerman writes that “careful attention, in the context of helping relationships, to the relations of power inherent to religion, and that religion occasions, is morally imperative.”

Wil Gafney, associate professor of Hebrew Bible at Brite Divinity School, will lead the 2018 Schooler Institute on Preaching Feb. 5 and 6. In addition to offering lectures, she will preach at closing chapel.

Valerie Bridgeman, MTSO's interim academic dean and associate professor of homiletics and Hebrew Bible, will lead a Schooler workshop and preach at opening chapel. She also will participate in a panel discussion with MTSO Assistant Professor of Theology, Ecology and Race Elaine Nogueira-Godsey and MTSO Coordinator of Partnerships and Black Church and African Diaspora Specialization Tejai Beulah.

The Schooler Institute is offered free through the generosity of the Schooler Family Foundation. Advance registration by Wednesday, Jan. 31, is required and available here.

"She was irreverent - not to the text but to the way that we're taught to read the text," Hayes said. View her one-minute video here.

An Episcopal priest and former Army chaplain, Gafney is the author of Womanist Midrash: A Reintroduction to Women of the Torah and of the Throne and a Wisdom Commentary, Nahum, Habakkuk, Zephaniah. She also is co-editor of The Peoples’ Bible and The Peoples’ Companion to the Bible.

Her sermons have been published in the books Those Preaching Women: A Multicultural Collection and The Audacity of Faith: Christian Leaders Reflect on the Election of Barack Obama.

Gafney will be speaking on womanist biblical hermeneutics, translation and interpretation, featuring excerpts from Womanist Midrash.

Paul Numrich, professor in the Snowden Chair for the Study of Religion and Interreligious Relations at MTSO, will deliver a faculty lecture, “Space-Sharing Principles for Religious Organizations and Groups," at 7 p.m. March 7 in the Alford Centrum on the MTSO campus. The lecture, presented by the Theological Commons at MTSO, is free and open to the public.

Numrich, who also serves as professor of world religions and interreligious relations at Capital University, will speak on his faculty research project regarding space sharing. He continues to gather input from those who have participated in space-sharing arrangements at www.mtso.edu/sharingspace. The Louisville Institute has provided grant support for the project.

Numrich recently has published two articles on space sharing: “When a Shared Parking Lot Isn’t Just About Parking” on the website Studying Congregations and “Space-Sharing by Religious Groups” on the site Practical Matters.

His space-sharing research follows a series of projects he has completed in his study of interreligious relations. Among his books are Religion and Community in the New Urban America and The Faith Next Door: American Christians and Their New Religious Neighbors.

A path to neighborhood relevance

The Theological Commons at MTSO will present Faith, Food and Flourishing, a day of focus and collaboration on food security, April 17. The day will include preaching, networking, and an interactive workshop led by Rev. Dr. Heber Brown III. He will share his insights on the intersection of faith and creating church-based food networks that lead to long-term health sustainability. He has found that many churches already possess the tools and resources to build a flourishing community that addresses nutritional food security in urbanized neighborhoods.

Individuals and churches are invited to join in this day of learning and inspiration. Participants will leave this experience with a theological basis for food security, a strategic plan of engagement and a toolkit for leading their community to embrace personal healthcare.

Tuition of $25 per person includes an afternoon workshop and dinner. An opening chapel service, farm tour and evening lecture by Brown are offered at no cost. Scholarships are available. Learn more and register here.

Rev. Dr. Heber M. Brown III is a community organizer, beginner farmer, social entrepreneur and pastor of Baltimore's Pleasant Hope Baptist Church. For nearly two decades, he has demonstrated a deep commitment to and advocacy on a myriad of social justice concerns.

Marvin A. Sweeney to lecture on holiness, sustainability and justice

Author and scholar Marvin A. Sweeney will deliver a lecture, “Shabbat: An Epistemological Principle for Holiness, Sustainability, and Justice in the Pentateuch,” at 7 p.m. March 13 in the Alford Centrum on the MTSO campus. The lecture, presented by the Theological Commons at MTSO, is free and open to the public. No registration is required.

Sweeney is professor of Hebrew Bible at Claremont School of Theology. His books include The Prophetic Literature within the Interpreting Biblical Texts series; Tanak: A Theological and Critical Introduction to the Jewish Bible; and The Twelve Prophets, part of the Berit Olam series.

Specializing in Hebrew Bible studies with a particular focus on prophetic literature, Sweeney is especially interested in biblical theology, literary-critical methodologies, ancient exegesis of biblical texts, and the interrelationship between religion and politics in both the ancient and modern worlds.

Sweeney holds Ph.D. and Master of Arts degrees from Claremont Graduate University and a bachelor’s degree from the University of Illinois.