News for friends of MTSO
July 2018
About Us

Ohio Northern University and MTSO have teamed up to offer incoming college students a unique 3+3 program leading to a master’s degree in divinity. The program is the only one of its kind in Ohio and one of only a few in the country.

The typical path to a Master of Divinity degree requires seven years of study. Through the 3+3 program, students will save time and money by completing the degree in six years.

Starting the program at ONU in Ada, they may choose one of three majors: religion, youth ministry, or religion and ecology. The religion and ecology major is available only through the 3+3 program and incorporates interdisciplinary courses in environmental studies from the perspectives of science, law and spirituality.

The next step is three years of study at MTSO. After their first year at MTSO, 3+3 students will complete a Bachelor of Arts from ONU. After completion of seminary coursework, they will earn an MTSO M.Div. degree.

Learn more about the 3+3 program here.

A day for Ethel Johnson 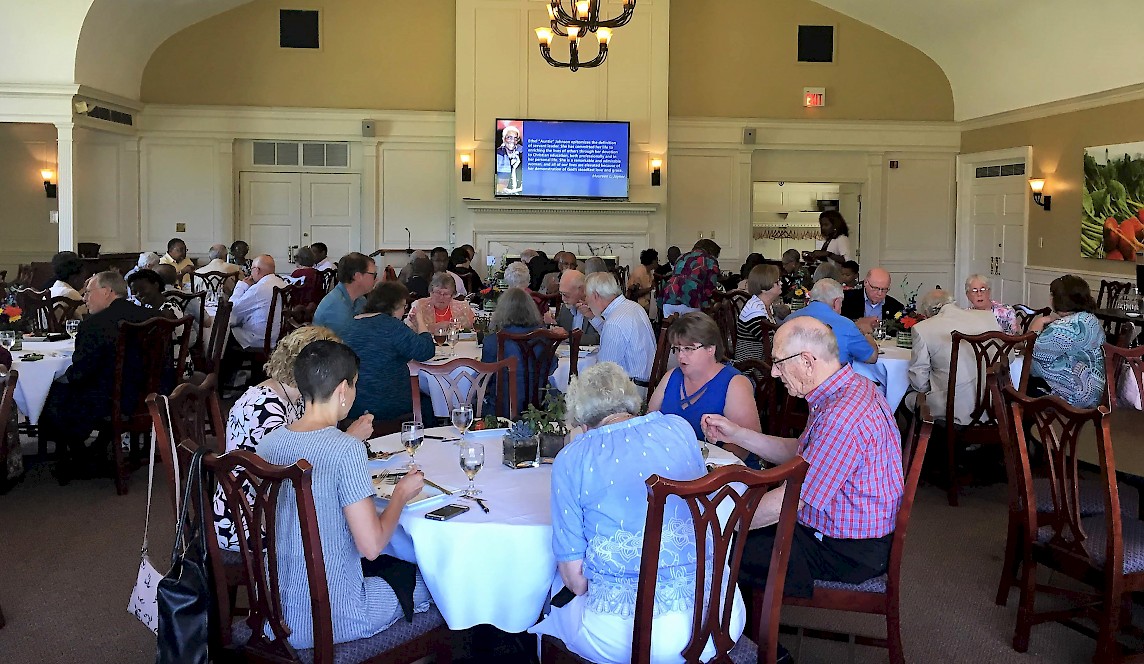 MTSO Emeritus Professor Ethel Johnson’s friends, family, students and colleagues gathered with her June 30 to honor her life and work. The luncheon in Dunn Dining Hall also provided an opportunity to give to the Ethel Johnson Scholarship Fund. 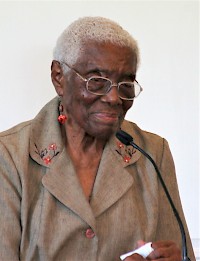 The scholarship will be awarded to a United Methodist student who aspires to serve in parish ministry, is in good academic standing and shows exceptional promise in the work of social justice and issues affecting the African diaspora. Preference will be given to a graduate of Africa University or a ministry candidate from the Nigeria Annual Conference – an annual conference that was granted full United Methodist conference status under Ethel’s guidance.

A photo album from the day is on MTSO’s Facebook page. The album includes slides featuring friends’ reflections on Professor Johnson.

To learn more and donate to the fund, visit the Ethel Johnson Scholarship web page. 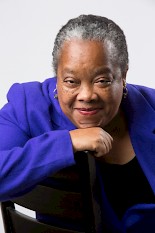 The MTSO Board of Trustees voted May 25 to appoint Valerie Bridgeman to a three-year term as dean and vice president for academic affairs, effective July 1. Bridgeman, who has served as interim academic dean since July 1, 2017, was nominated by President Jay Rundell with the concurrence of the faculty.

Bridgeman also serves as associate professor of homiletics and Hebrew Bible at MTSO. She earned a Master of Divinity degree from Austin Presbyterian Theological Seminary and a Ph.D. from Baylor University in biblical studies, with secondary studies in ethics.

In addition to her work at MTSO, Bridgeman is the founding president and CEO of WomanPreach! Inc., a nonprofit organization bringing preachers to full prophetic voice. An advocate and activist for justice, she is in demand as a speaker and preacher throughout the country.

Most recently, the Carter Center invited Bridgeman to participate in the Human Rights Defenders Forum, to be held July 21-24 in Atlanta. The forum will be led by former President Jimmy Carter.

“Many people know Dr. Bridgeman as an exceptional preacher, activist and educator,” Rundell said. “She also is a gifted administrator, leader and colleague. I am grateful for her service as interim dean and look forward to our continued partnership.”

A good number of MTSO students and alumni have celebrated important steps in their ministry this summer, with ordination, commissioning and other significant denominational milestones. Congratulations to all.

A listing of those with MTSO connections who are being ordained and commissioned is here. If your name ought to be on our list and isn't, please complete the brief form on our ordination and commissioning page so we can include you. 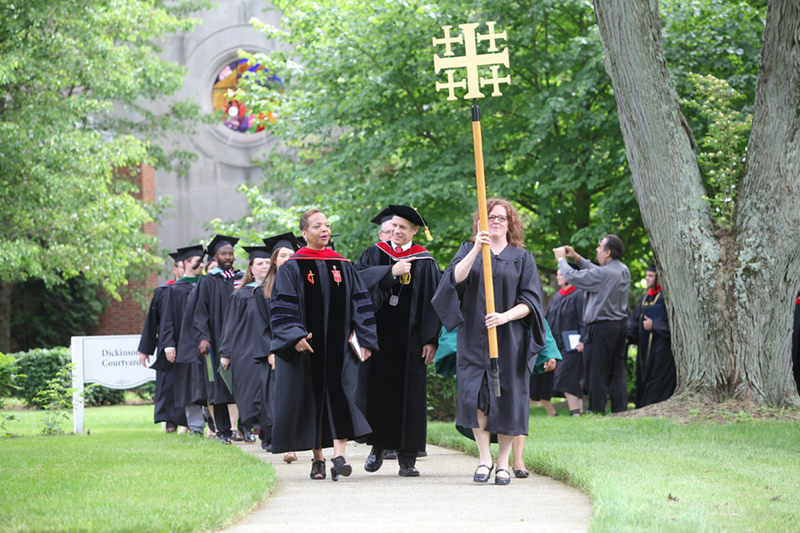 MTSO celebrated its 56th commencement May 26. Bishop Tracy S. Malone of the East Ohio Conference of the United Methodist Church addressed graduates, who earned Doctor of Ministry, Master of Divinity, Master of Arts in Counseling Ministries, Master of Arts in Practical Theology and Master of Theological Studies degrees.

Baccalaureate was held May 25, with graduating senior Cecil Thompson delivering the sermon.

Alums, we want to share your story in ‘The Story’ 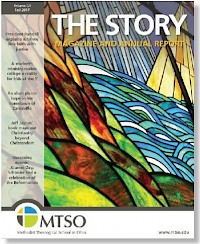 When The Story Magazine and Annual Report publishes Alum News this fall, we'd like your news to be a part of it. Please take a moment to update us on any activities, adventures and milestones over the past year.

It’s easy to share your news and update your contact information at www.mtso.edu/update. You’re also invited to share an optional photo to go with your news.

Our Alum News is an ongoing record of the meaningful lives MTSO’s alumni are leading. Thanks for your contribution to it.

Sign up today for our July 17 Admissions Open House 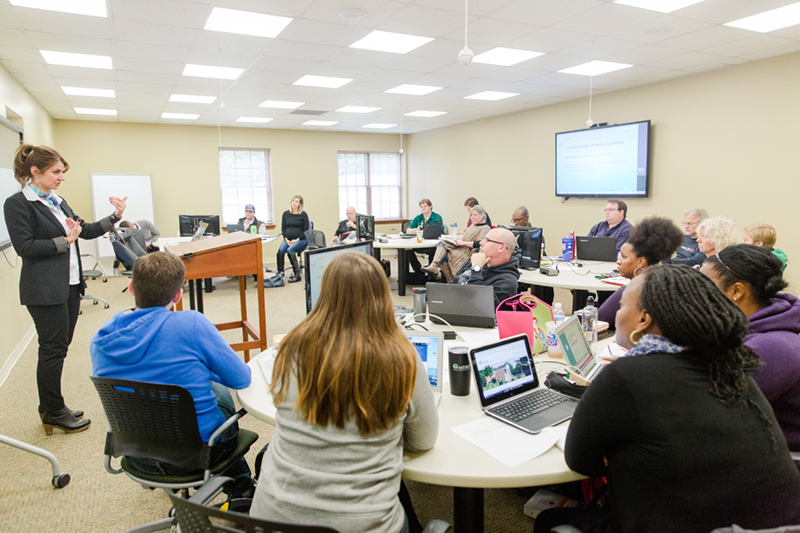 The Summer Admissions Open House is Tuesday, July 17, from 9 a.m. to 2 p.m. Highlights include opportunities to sit in on a class, tour apartments and residence halls, explore MTSO’s many financial aid options, talk with current students, faculty and admissions counselors, and learn about Seminary Hill Farm.

Lunch is provided, and overnight housing may be available. Registration is quick and easy. Here is the form and more information.