News for friends of MTSO
June 2021
About Us

On-campus learning set to resume in the fall 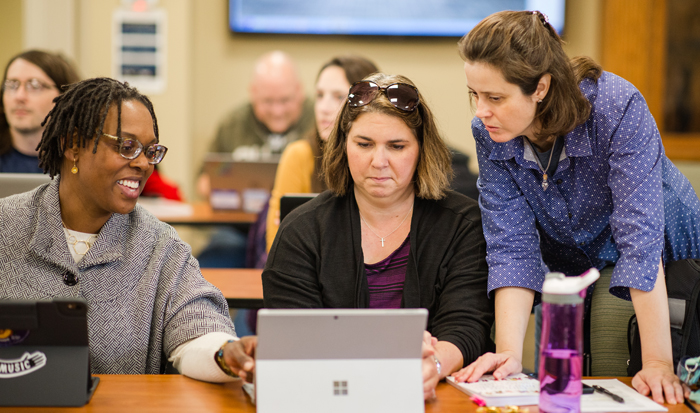 With preparations under way for Fall Semester, President Jay Rundell has announced plans to “move toward the robust campus experience we cherish at MTSO, including in-person classes and events.” He added, “But for unexpected circumstances or developments, the MTSO curriculum will be available both on campus and remotely beginning this fall and for the foreseeable future.”

Employees whose roles permitted remote working arrangements during the height of the pandemic have been called back to campus this summer. “The pandemic has taught us that we can expect some flexibility in the work environments,” Rundell said in an email to the campus community. “But the good work of our institution is best served when we work in community. I look forward to once again being in community with employees and students.”

Some provisions will be made for blending of on-campus and remote work, with an emphasis on bringing students, faculty and staff together on the busiest academic days of the week. All employees, along with all students who wish to participate on campus, are required to provide proof of vaccination.

Revised protocols have been provided to students, employees and campus residents, who are signing them to acknowledge their understanding of expectations as the MTSO community anticipates gathering in person once again. The protocols and other information regarding the school’s ongoing response to the pandemic is online at www.mtso.edu/covid-19.

Methodist Theological School in Ohio has received a $75,000 grant from the American Association for the Advancement of Science (AAAS) Dialogue on Science, Ethics, and Religion (DoSER) program for a new project, “Questioning Science with Good Faith: Shifting the Engagement of Science in Seminaries.” AAAS’s partnership with the Association of Theological Schools provides resources to integrate science into coursework and campus-wide events. The grant is funded by the John Templeton Foundation.

“Questioning Science with Good Faith: Shifting the Engagement of Science in Seminaries” will enhance the Master of Divinity program by further integrating science into church history and theological studies curricula. It will also contribute to the public discourse on intersection of science and religion in areas such as remote learning, food justice and countering science disinformation online.

The project will be led by MTSO’s Elonda Clay, director of the library; Tejai Beulah, assistant professor of history, ethics and Black church and African diaspora studies; and Elaine Nogueira-Godsey, assistant professor of theology, ecology and race. Under their direction, students and faculty will have the opportunity to participate in an advanced research workshop series on science and religion offered through MTSO’s Dickhaut Library. Additionally, course-specific research guides will be available on the library’s website.

“For me, MTSO is the perfect place to engaging in conversations linking science and theological thinking,” Clay said. “We already engage in environmental science, agricultural science and food science. Now we will have the opportunity to incorporate today’s science – especially during the current pandemic – into the working knowledge of religious leaders.”

Taking discussions on the intersection of science and religion beyond individual courses, this fall MTSO will present a digital program series called “Science, Religion and Social Change in an Increasingly Virtual World.” Streamed live and archived for viewing after the event, the series will engage scientists and scholars in conversations about their work at the science-religion nexus and how post-pandemic trends might reshape the future of seminary formation and science-religion dialogues. It will cover five topics: 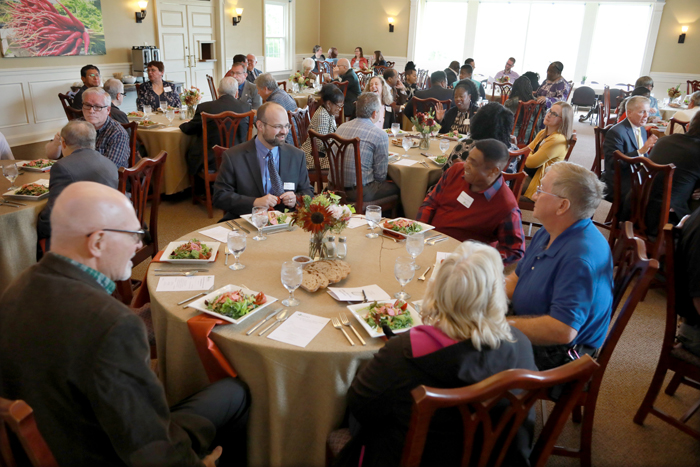 After two years apart, MTSO alumni will gather again Monday, Sept. 13. Along with Alumni Day traditions for all alumni, graduates from the classes of 2020 and 2021 – whose commencement ceremonies were held virtually amid pandemic concerns – are invited to an Alumni Day Eve campus gathering the evening of Sunday, Sept. 12.

Alumni Day will begin with a mid-morning chapel service, followed by a luncheon featuring food grown on MTSO’s Seminary Hill Farm. As part of the day, the John and Ruth Mount Alumni Awards for Distinguished Service will be presented. Mount Award nominations are always welcome.

More details and registration for Alumni Day and the special gathering for the 2020 and 2021 classes will be provided later this summer. 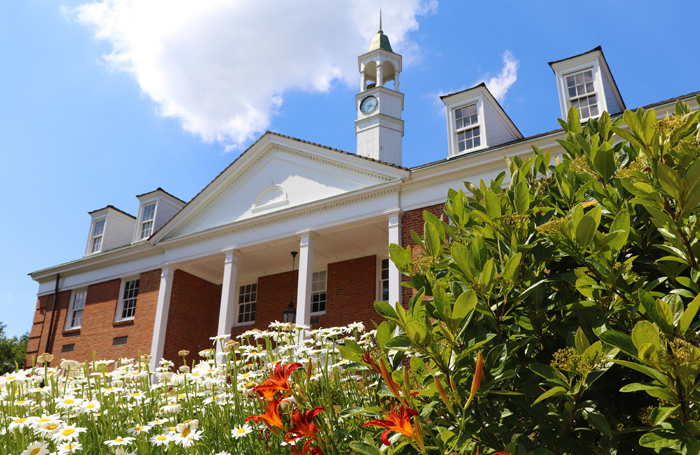 The virtual Admissions Open House will give those considering graduate theological school the opportunity to talk live with faculty and current students, in addition to the admissions staff. The sessions also will include a virtual tour of the MTSO campus and a discussion of our generous financial aid options.

To register and learn more about these events, visit our open house web page.

Those who are unable to attend but wish to arrange a virtual or onsite campus tour may contact the admissions staff at admissions@mtso.edu.

This is a season of significant steps in the ministry journeys of many MTSO students and alumni. We want to be sure that good news of ordination, commissioning and other significant status changes is shared with the MTSO community.

We invite those who are being ordained or commissioned - or are celebrating other significant denominational milestones - to let us know by completing the brief form here. We will share the list in future publications. Thanks, and congratulations to all who are advancing in ministry.