News for friends of MTSO
May 2019
About Us

Unwavering commitment amidst a difficult reality 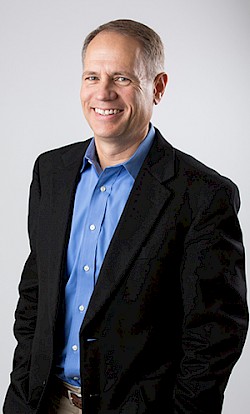 We are a few weeks from the end of the school year and commencement exercises, when we will send our most recent graduates on vocational journeys of ministry and service. Even a quick glance at the world around us suggests their work is much needed.

For a seminary deeply rooted in the United Methodist Church, 2019 has already been quite a year. As most of you know, a special general conference was held in February in which our denomination wrestled over its stance on matters related to LGBTQ people in the life of our church. Effectively, the general conference reinforced the church’s exclusionary stance and strengthened penalties for violations. The United Methodist Judicial Council upheld a majority of the action in a meeting last week. Additionally, the council upheld legislation allowing congregations to negotiate exits from the denomination while retaining their property and financial assets.

It’s important to note that the primary alternative to the legislation passed would not have required anyone to adjust their beliefs or practices. Passage of the One Church Plan would have acknowledged that our church is not of one mind on this important matter and allowed us to be in communion amidst theological and contextual difference. In essence, it would have affirmed a way of being in relationship that virtually all of us participate in on a daily basis. Thus, it was not a binary choice before the general conference in which one point of view needed to be chosen over the other.

The One Church Plan would have allowed for differences of context and conscience. The legislation that passed requires all to adhere to one point of view. Like a majority of United Methodists in the United States, as well as the Council of Bishops, virtually all of our seminaries supported the One Church Plan rather than support a more narrow view that represents one strand of our United Methodist heritage. As I have stated consistently since the action, I believe our church once again unnecessarily committed great harm under the auspices of doctrinal fidelity and in the name of Jesus.

If you’d like to read about this matter in more depth, here are stories from the United Methodist News Service on the general conference legislation and the judicial council rulings. I also invite you to read my statement, which was shared with our campus community in the wake of the general conference and unanimously affirmed by the MTSO Board of Trustees. Many have seen this statement on our website or social media platforms, but I want to make sure you have the opportunity to read it now if you missed it.

Like much of the church and its agencies and institutions, we need to find our way forward in this difficult new reality. First and foremost, we will not waver in our support for our LGBTQ students, staff, faculty, trustees, alums and friends. Also, we affirm our commitment to engage in theological education with all people, regardless of theological perspective or denominational affiliation. True to our history, we will not require adherence to any particular creed or point of view. We have taught a gospel of love and inclusion since our school’s founding, and we will not be deterred in doing so going forward. We will resist attempts to foment discrimination and division.

As president of the Association of United Methodist Theological Schools, I have been in numerous conversations across the connection focused on moving ahead faithfully and with integrity. Responses and reactions are plentiful. Clarity about the future nature and shape of the church is in short supply. Certainly, the ground has shifted, and we face a new future because of that.

I covet your prayers and support as we navigate these waters. As always, we are committed to providing theological education and leadership for a just, sustainable and generative world. By that, we mean the whole of God’s world and all of God’s people. More now than ever, all means all. 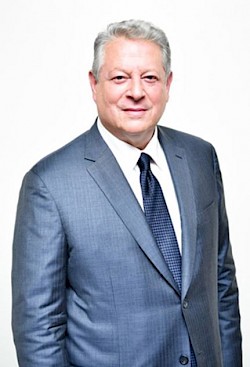 MTSO is preparing to host faith leaders and leading voices on climate at the three-day conference “On Food and Faith: Ministry in the Time of Climate Change.” Participants will gather May 30 through June 1 on campus for the gathering, presented by MTSO, the Center for Earth Ethics, The Climate Reality Project and the Ohio State University Initiative for Food and AgriCultural Transformation. The application period has closed.

Conference leaders include Center for Earth Ethics Director Karenna Gore and former Vice President Al Gore, founder and chairman of The Climate Reality Project, who will participate for all three days and deliver a climate and agriculture presentation. Al Gore, who was the subject of the Oscar-winning documentary An Inconvenient Truth, was awarded the 2007 Nobel Peace Prize, along with the Intergovernmental Panel on Climate Change, for informing the world of the dangers posed by climate change.

As climate change becomes more pronounced, communities around the world will have to become more self-sufficient and sustainable. This new model of resilience may entail some hardship, but it also brings the opportunity to create new, more robust community relationships with the land and one another. It is here that faith communities have unique opportunity to guide others by providing space, pastoral care, education and leadership.

"On Food and Faith" will teach faith leaders how our current food system is contributing to the climate crisis, explore the impact climate change is having on farming and food security, and help empower attendees to take action on these issues in a way that aligns with their deepest values. 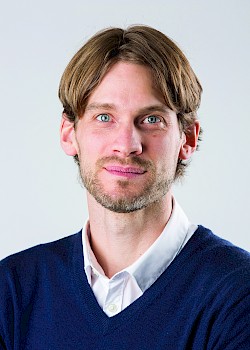 It is clear that the Apostle Paul was a prisoner when he wrote his letter to the Philippians, but it is not immediately apparent why. MTSO Assistant Professor of New Testament Ryan Schellenberg will explore the likely historical circumstances of Paul’s imprisonment in his lecture, “Reading Philippians in the Age of Mass Incarceration,” to be delivered at 7 p.m. May 7 in MTSO’s Alford Centrum, 3081 Columbus Pike in Delaware. The lecture, presented by the Theological Commons at MTSO, is free and open to the public.

In addition to discussing the circumstances of Paul’s imprisonment, Schellenberg will pose a more general question: What does it mean to read the prison letter to the Philippians cognizant of the over 2.2 million persons currently in jail or prison in the United States?

Schellenberg’s research on Paul’s life and work has been widely published. His areas of expertise also include the social history of early Christianity, the books of Luke and Acts, and the parables of Jesus.

What can your ministry become?

Apply by May 15 for the new Doctor of Ministry cohort 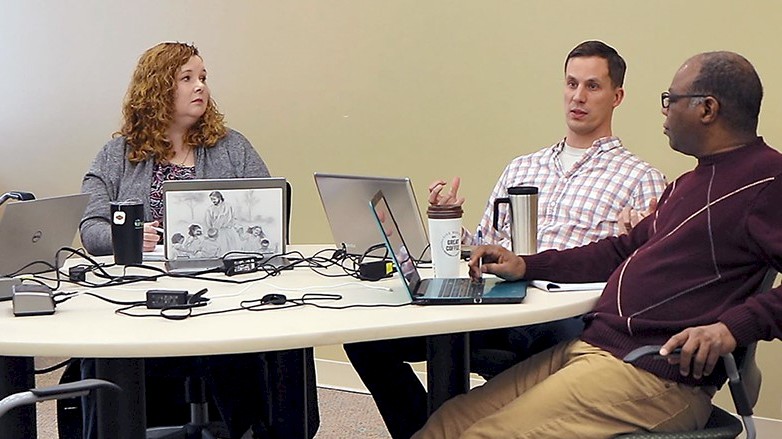 The church needs leaders equipped with advanced skills. MTSO's Doctor of Ministry program is designed to fit the needs of busy professionals who aspire to bring new dimensions to their ministry.

There's still time to apply by the May 15 deadline for the incoming cohort of D.Min. students. A week of summer classes begins July 22.

Students in the MTSO Doctor of Ministry program experience small classes taught by full-time and affiliated faculty. They interact with a national, ecumenical student base and work with attentive project advisors. Classes meet on campus in two intensive sessions per year – one week each in mid-summer and January – for 3 1/2 years. The remainder of the work toward this degree can be done off-campus.

Each D.Min. student chooses to specialize in one of two areas of ministry: Leadership for Transformational Change or Ecology, Justice and Ministry. To learn more and apply, visit www.mtso.edu/dmin, where you'll find a helpful chart illustrating a typical path to a 3 1/2-year Doctor of Ministry degree. 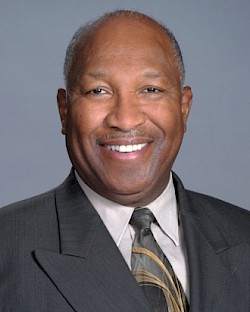 Hood Theological Seminary President Vergel L. Lattimore will deliver the 2019 commencement address at MTSO. The ceremony begins at 11 a.m. May 25 in Dickinson Courtyard.

Lattimore is an emeritus professor of pastoral care and counseling at MTSO, where he served on the faculty for 22 years and led the Master of Arts in Counseling Ministries program prior to his retirement in 2012. He has served as Hood’s president since 2014.

An ordained elder in the African Methodist Episcopal Zion Church, Lattimore earned his Ph.D. from Northwestern University, Master of Divinity from Duke University Divinity School and Bachelor of Arts from Livingstone College, majoring in social welfare.

“Dr. Lattimore has distinguished himself in service to the church, our nation, the counseling profession and the academy,” said MTSO President Jay Rundell. “Among those who remember his time on our campus, he is regarded with deep respect and genuine affection. We’re fortunate to be able to offer our graduates the benefit of his wisdom.” 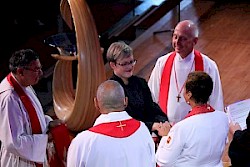 This is a season of significant steps in the ministry journeys of many MTSO students and alumni. We want to be sure that good news of ordination, commissioning and other significant status changes is shared with the MTSO community.

We invite those who are being ordained or commissioned - or are celebrating other significant denominational milestones - to let us know by completing the brief form here. We will share the list in future publications. Thanks, and congratulations to all who are advancing in ministry. 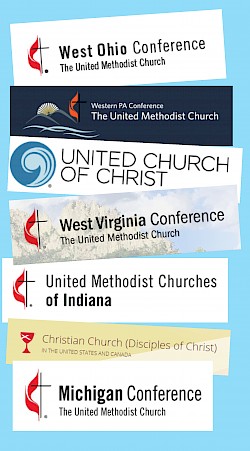 We look forward to being with those in ministry as they gather to celebrate and enhance their work.