News for friends of MTSO
June 2019
About Us

‘On Food and Faith’ conference

More than 100 religious leaders, scholars, scientists, farmers and activists gathered on the MTSO campus May 30-June 1 for “On Food and Faith: Ministry in the Time of Climate Change.” The conference was presented by MTSO, the Center for Earth Ethics, The Climate Reality Project and the Ohio State University Initiative for Food and AgriCultural Transformation (InFACT). 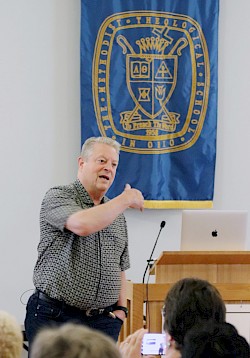 “This is the first time that we have done this outside of Union Seminary,” said Center for Earth Ethics Director Karenna Gore at the opening plenary session. “We felt an incredible opportunity to come here and be at a place that is actually growing and harvesting food as part of the seminary.”

Added her father, former Vice President Al Gore, “Having learned of the fantastic work that’s been under way for quite some time at MTSO, it seemed like a wonderful opportunity to join with MTSO and to have the training on this beautiful campus this year. It’s an extraordinary place, a school and a farm all together. I’ve really enjoyed it, and I’ve learned a lot.”

Al Gore, founder and chairman of The Climate Reality Project, participated in all three days of the conference, delivering a multimedia climate presentation during the Day 2 plenary session.

In introducing Al Gore, MTSO President Jay Rundell highlighted his achievements and honors, including the Nobel Peace Prize, an Oscar and a Grammy Award. “What we sense here with you in our midst,” he told Gore, “is a certain synergy between the kinds of things you’ve committed yourself to and the kinds of things we’re about on an everyday basis.”

Early in his 90-minute talk, which was covered by The Columbus Dispatch, Gore spoke dramatically of the consequences of climate change: “We are in the process of visiting destruction upon God’s creation.” Still, he said, there is much good news, including dramatic strides in renewable energy: “It’s now cheaper in most parts of the world to get energy from solar and wind than to burn fossil fuels.”

The session “Grief, Climate Change and Prophetic Hope” was moderated by Tim Van Meter, associate professor in MTSO’s Alford Chair of Christian Education and Youth Ministry. Van Meter, who also serves as MTSO’s coordinator of ecological initiatives, has worked with Karenna Gore on a number of projects, and their working relationship paved the way for MTSO to host “On Food and Faith.”

Read more about the conference and view videos of Karenna Gore and Al Gore here.

Many MTSO students and alumni are celebrating significant steps in their ministry this spring and summer, including ordinations and commissionings within their United Methodist conferences.

Additional MTSO alumni and students are being ordained or commissioned in conferences ranging from Upper New York to California-Nevada.

A list of those ordained and commissioned is available here. If you are have been ordained, commissioned or have otherwise achieved a milestone within your faith tradition and are not included in our list, please complete the brief form here. 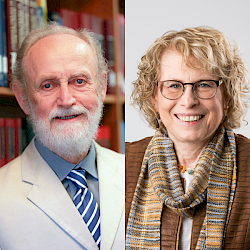 Upon nomination by the president and dean, the MTSO Board of Trustees has voted to name Linda Mercadante and John Kampen distinguished research professors.

“Dr. Kampen and Dr. Mercadante both have been highly productive scholars and are in process with forthcoming work and publications,” said MTSO President Jay Rundell of the retiring faculty members. “This provides them with an ongoing academic home and keeps the school connected to their important work. While they will no longer be regular members of the faculty, it will be great asset to the school to be associated with their ongoing scholarship.”

MTSO Board Chair David Wilcox expressed his appreciation for the two scholars: “The scholarly contributions of faculty are important to the school as well as both church and academy. Dr. Kampen and Dr. Mercadante have been particularly productive and influential. I am glad they will continue to be known as MTSO people.”

Said MTSO Dean and Vice President for Academic Affairs Valerie Bridgeman, “It is rare that a scholar spends an entire institutional career at one place, and yet Dr. Mercadante made a commitment to MTSO to launch her teaching ministry and scholarly curiosity from here. She has become an internationally known scholar as it relates to the theological and spiritual longings of people not affiliated with any religious communion. Her prestige as a constructive theologian has also highlighted MTSO as a site of scholarship.”

Bridgeman continued, “Dr. Kampen is a well-respected scholar on the Dead Sea Scrolls. What a gift to this community that he came to lead, teach and study among us. I have been particularly grateful for his administrative wisdom from when he served as a dean here and at Payne Seminary. He has been generous in this regard. He's been a sage for many of us, students, administrators, staff and faculty alike.” 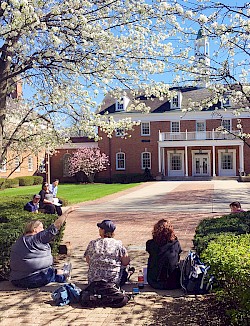 Highlights include opportunities to sit in on a master’s or Doctor of Ministry class, tour apartments and residence halls, explore MTSO’s many financial aid options, and talk with current students, faculty and admissions counselors.

Lunch is provided, and overnight housing is available. 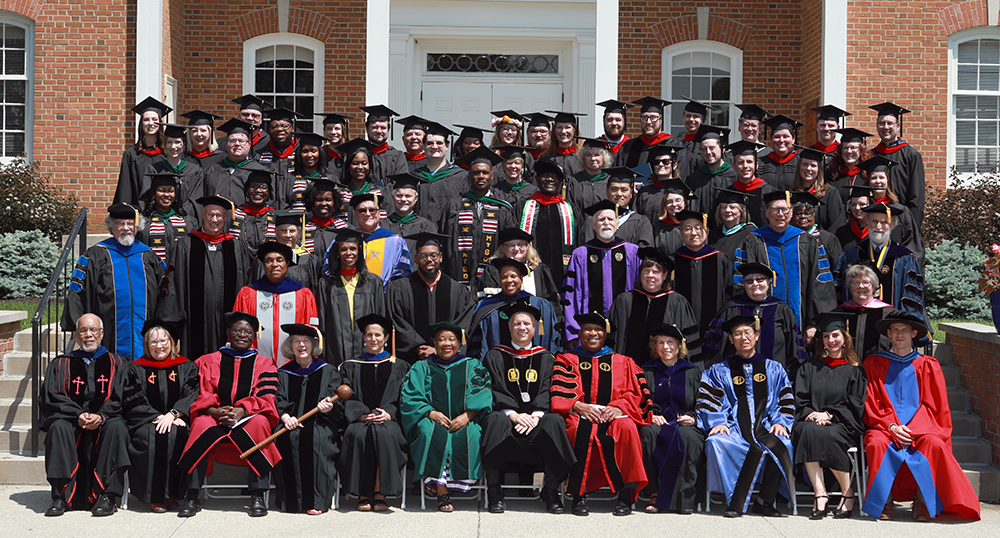 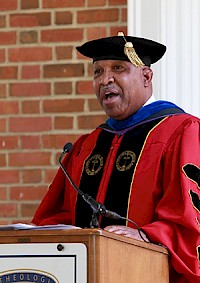 Baccalaureate was held May 24, with graduating senior Jennifer Fowler delivering the sermon.