News for friends of MTSO
April 2021
About Us

MTSO will award its first Master of Arts in Social Justice diplomas in May, with a number of students in the first cohort completing the two-year program. The program includes social-justice internships, which for the first cohort are taking place this spring.

In video interviews, several MASJ students discussed their experiences at MTSO and their work as interns. View the videos here. 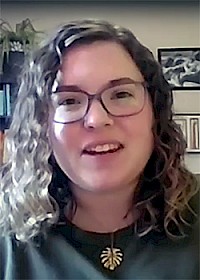 Rebecca Sperling is a policy research and analysis intern for Transactional Records Access Clearinghouse, a nonpartisan research center based at Syracuse University. She is analyzing the Biden administration's new immigration policy as she broadens her knowledge about the immigration system itself. Sperling’s participation in an August 2019 trip to the country’s southern border by an MTSO delegation of students, faculty, staff and trustees set her on a new vocational path.

“I actually started out as an M.Div. student,” she said. “But because of the delegation trip down to the U.S.-Mexico border, I realized that I had a passion for immigrants’ rights. This program allowed me to explore that more – so much so that I'm actually thinking about law school after I graduate this May.” 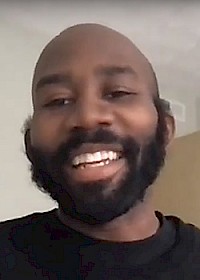 Interning with Community Development for All People in Columbus, Alexander Clemetson is working on the development and launch of the Linden Market. The new market will be started as a replica of the existing All People’s Fresh Market before being turned over to organizers in the Linden neighborhood to run.

“What’s been interesting from the social justice perspective is that this is a give-forward opportunity,” Clemetson said. “So we're going to create this infrastructure and get it to be functioning and funded. And then we're going to move this support into the community, which is a very unique model.” 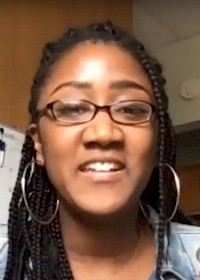 “We promote social consciousness and teach Black history and agricultural skills and other life skills to community youth and black youth in particular,” McClendon said. “There's a long legacy of negative propaganda being directed toward the Black community. And what we do at Orita’s Cross Freedom School is unpack that messaging and replace it with more affirming messages.” 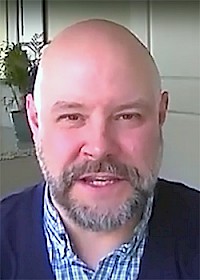 Mike Premo is spending his internship working with Community Development for All People on the creation of a new gathering spot, the South End Café.

“The idea is twofold,” Premo said. “Number one, we want the cafe to be another place where people can come together and build community. The second goal of the cafe is to provide employment opportunities for people who are having a difficult time getting or keeping a job, whether it's returning citizens who are just getting out of prison or people who have been out of the workforce for a while, such as people who are coming out of recovery programs.”

Memorial service for Emeritus Professor Paul Minus is Saturday 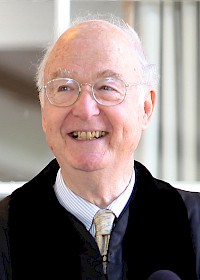 MTSO mourns the passing of Emeritus Professor of Church History Paul Minus, who died Feb. 12. Dr. Minus taught at MTSO from 1964 to 1988. View his obituary here.

A virtual memorial service will be held Saturday, April 10, at 9:30 a.m. Pacific/12:30 p.m. Eastern time and will include a tribute by Bishop C. Joseph Sprague, recorded recently on the MTSO campus. You are invited to join Dr. Minus’s family and friends for the service via this link.

MTSO hosts celebration of the arts within social justice movements

MTSO will bring together visual and performing artists for a two-day event centered on the ways social justice is promoted through the arts. “The Art of Justice: A Multi-Genre Celebration of the Arts Within Social justice Movements,” will take place virtually over two days: noon-4 p.m. April 30 and 10:30 a.m.-3:30 p.m. May 1. This special event is cosponsored by two MTSO initiatives, the Theological Commons and the Anti-Racism Task Force.

Registration is required. While there is no admission charge, an optional suggested donation of $25 is requested. Half of all proceeds will go to the Maroon Arts Group, a nonprofit providing a platform for conscious art centered around the preservation and promotion of cultures of African descent. Learn more and register here. Registrants will be provided with Zoom links for the event. 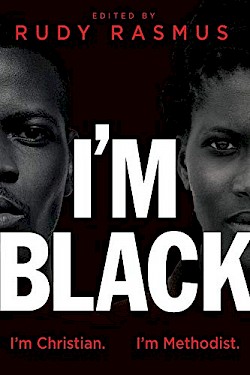 In the chapter “I’m Black. I’m Conscious. I’m Your Conscience,” Johnson writes, “The identity of Black persons, especially in religious life, has always been a binary proposition. Black Methodists are often forced to discern and decide to compromise or suppress important parts of themselves. Being Black in United Methodism requires reconciling one’s Black identity with one’s Wesleyan history.”

Bishop Gregory Palmer of the West Ohio Conference of the United Methodist Church contributed the book’s foreword. Palmer, who also serves as an MTSO trustee, writes, “The confluence of the everyday indignities of being Black in America; the outrageous, egregious, legalized lynching of George Floyd; and the unforgivable disparities exposed once again by COVID-19 have conspired together to create a seminal moment in America and in The Unite Methodist Church – in which we must find the courage to say unambiguously Black Lives Matter. Black Life Matters.”

In a video interview for MTSO, Johnson, an ordained United Methodist elder and pastor of Living Tree Church in Columbus, reflected on his journey as a Methodist and his reason for continuing to work within the denomination. “I’m a child of the church,” he said. “If it’s going to get better, who’s going to make it better?” 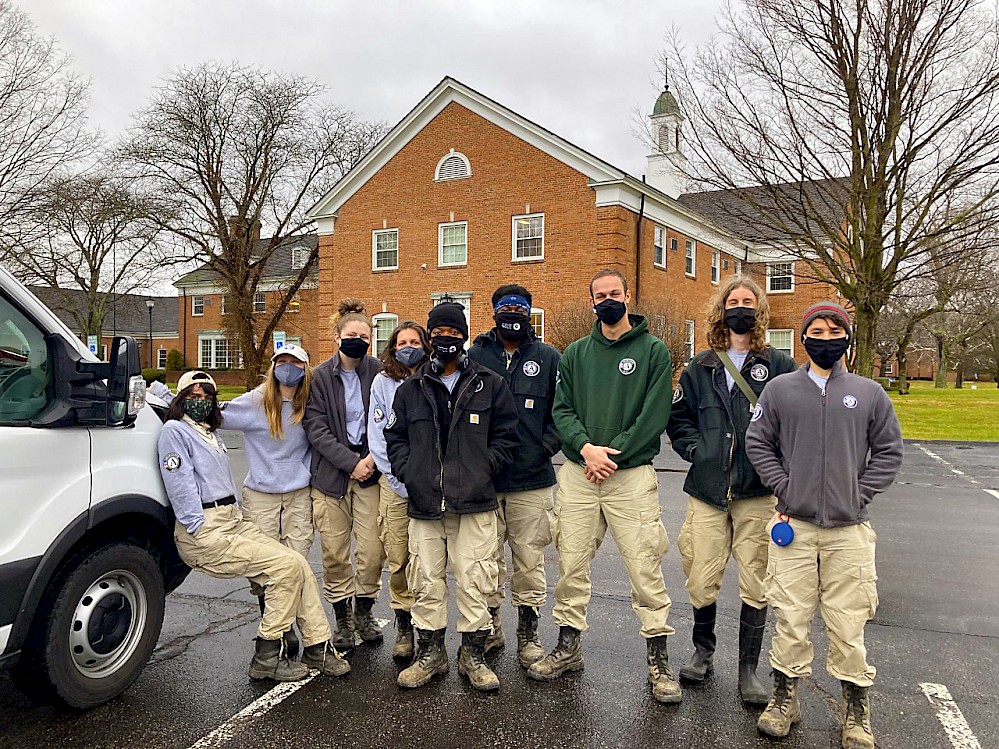 Fresh from their training in Iowa, a team of nine AmeriCorps members arrived on campus March 3, their first assignment in what will be a year of direct national service. AmeriCorps’ founding principle is to improve lives, strengthen communities, and foster civic engagement through service and volunteering. The group arriving at MTSO, representing home states from New York to Washington, is particularly interested in strengthening communities by addressing environmental needs.

Changes necessitated by COVID-19 provided an unforeseen opportunity for FLOW to partner with MTSO. Commuter student housing became available on campus when Spring Semester classes were moved to a fully online format. The AmeriCorps team, known as Maple 3, will be housed in Dewire Residence Hall for its 11-week stay in Central Ohio. All team members have agreed to MTSO’s COVID-19 protocols in addition to the protocols required by AmeriCorps.

“With MTSO’s commitment to ecology, the work of this AmeriCorps team was a natural fit,” said President Jay Rundell. “We are happy to be a temporary home for a group of young people who are deeply involved in meeting the environmental challenges of this area and other regions of the United States.” 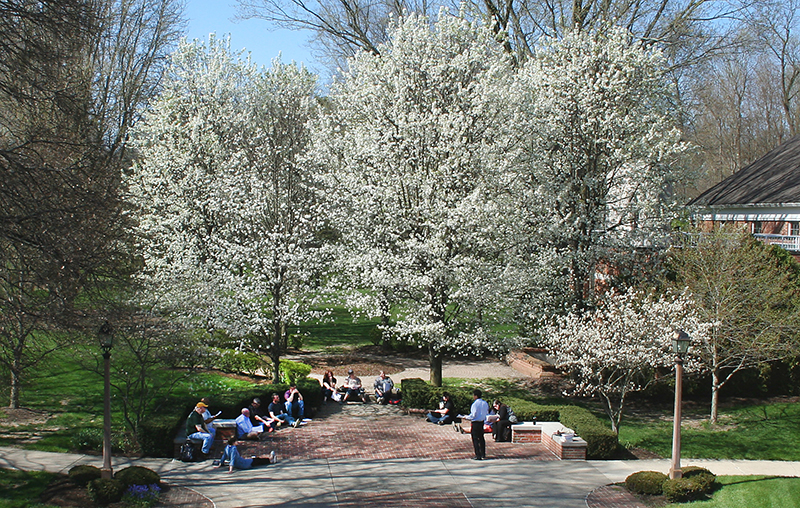 The open house will give those considering graduate theological school the opportunity to talk live with faculty and current students, in addition to the admissions staff. The sessions also will include a virtual tour of the MTSO campus and a discussion of our generous financial aid options.

To register and learn more about these events, visit our open house web page.

Those who are unable to attend but wish to arrange a virtual or onsite campus tour may contact the admissions staff at admissions@mtso.edu.